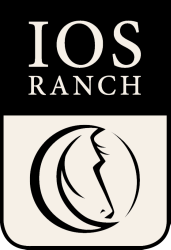 Cornet Fever is the only approved son of Cornet Obolensky in North America. Cornet Fever’s brother, Coronado, is owned by Paul Schokemole in Germany. Cornet Obolensky competed on the German team at the 2008 Olympic Games and comes from a long line of champions. His sire, Clinton, was on the 2004 German team at the Athens games and a member of the champion world cup team.

Cornet Fever has several young offspring competing in Europe and the United States. His early offspring received high marks at the 2017 Westfalen inspection.